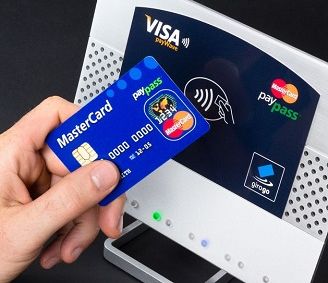 Everything You Need to Know About Near Field Communication (NFC)

HOW DO I ACCEPT NFC?You’ll need to get a new NFC-enabled payments reader that can accept contactless payments. The Square contactless and chip reader accepts both NFC and EMV payments.

IS NFC SECURE?NFC payments are dynamically encrypted, making them one of the most secure ways to pay. 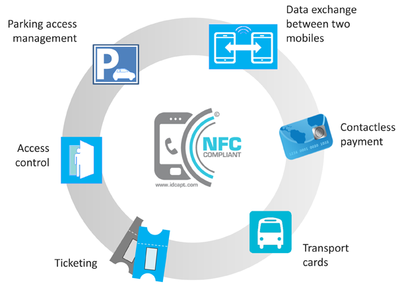 How does NFC work?

NFC (near field communication) is what enables two devices to communicate wirelessly when they’re close together. NFC is actually a subset of something called RFID (radio-frequency identification), a technology that allows us to identify things through radio waves. RFID is nothing new—it’s been used for decades for things like scanning items in grocery stores and luggage on baggage claims, and tagging cattle.

NFC, which was introduced in the early 2000s, uses a specific RFID frequency (13.56MHz, to be exact) for close-range communications. To date, one of the more common uses for NFC is identification cards to gain access to places like office buildings and private garages. But increasingly, NFC is being used to power something called “contactless” payments.

If you’ve stood in line at large retailers like Whole Foods, Walgreens, or Office Depot recently, you’ve probably already seen a contactless payment in action. Contactless payment is a transaction that requires no physical contact between a device (aka a smartphone) and a payments terminal. Meaning, people can just hold up their mobile devices to pay. 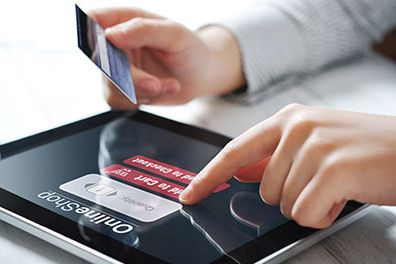 NFC is the technology that’s at play here—it’s the way the mobile device and the NFC-enabled point-of-sale system talk back and forth to each other to process a payment. The devices do have to be close, though (that’s where the “near” part of near field communication comes in). For a contactless payment to go off seamlessly, you usually have to hold your phone two inches or less from the reader.

When a contactless payment is initiated (by a customer holding or tapping a mobile device to the payments terminal), the NFC technology goes to work. Using that specific frequency we talked about, the NFC-enabled reader and the smartphone pass encrypted information back and forth to each other to complete the payment. This all takes just seconds. Speed, in fact, is one of the coolest parts of NFC payments. They take a fraction of the time of magstripe and chip card transactions—and are leagues faster than cash. 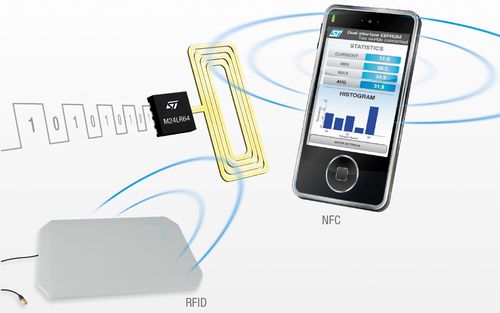 The idea of paying through a mobile device or N can make some people uneasy, especially because we’re so accustomed to keeping our wallets close to the vest (so to speak). But NFC payments are extremely secure—way more secure, in fact, than magnetic-stripe cards.

As opposed to the data on a magnetic-stripe card (which is static—it’s all right there on the back of your card), the data involved in an NFC transaction is encrypted and dynamic, meaning it’s constantly changing.

„FDS cards” is a company incorporated in London with offices around the world. With many years of experience in the European and global market providing our services for different sectors, from SMEs to large corporations. We offer high-quality Membership Card printing services from plastic and metal, an innovative Loyalty System as well as Luxury Business card printing services from metal, plastic and wood.